With a disciplined approach in his study of horse anatomy, Tony puts a great emphasis on technical execution. As with much of his work the void of background & simplicity of the pieces serve to highlight the natural physical perfection of these animals. The horse and the beauty of its majestic form and spirit are the basis of his canvas. The result of his inimitable combination of an innate aptitude for draughtsmanship and his lifelong passion for horses is a body of beautifully evocative paintings that capture the unique power, grace and nobility of the equine form. Anyone who appreciates classical elegance cannot but be drawn in.

Tony’s love of horses stems from his childhood, some of his earliest memories are those of his grand-uncle Mossie working in his dark smoke-filled forge, shoeing local horses & ponies. Influenced by the Renaissance Masters, he takes his style of drawing from the Silverpoint pieces of Da Vinci and drawings of Michelangelo – elements of both can be seen in his drawings and portraits of horses. His work now forms part of many private and corporate collections worldwide. Additionally, Tony has hosted several Master Class Workshops and has embarked on an exciting new venture as Resident Artist at the Equine Art Retreat in Oklahoma, America. 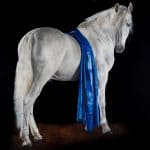 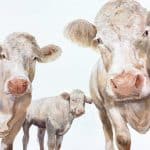 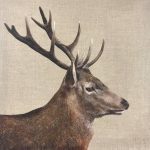 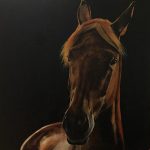 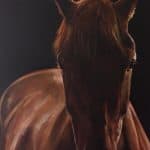