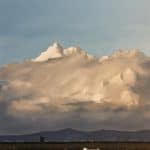 Prolific visual artist and musician Hugh Thompson was born in Armagh, Ireland, and immigrated to Canada in 1974. Thompson studied Fine Art and Textile Design under Amanda Traversari in Belfast and has been painting for over 35 years.

Combining classical and impressionist styles, Hugh sketches watercolours in the open field and larger works are finished using oils in the studio. He has been drawing and painting the Irish landscape for decades, enjoying the Great Salon style of exhibition. Focused on coastal views of the land, sea and clouds, he works in a reduced palette mixing and inter blending tones with each other which convey a more natural effect in his works. There is a deliberate calmness to Thompsons work, a tranquillity and relaxed feeling.

Thompson is a member of the Arts and Letters Club in Toronto, a club founded by the Group of Seven Impressionist painters of the Canadian North, and he is also a member of the Royal Dublin Society in Ireland. As an adjunct Professor at the University of Waterloo, Hugh teaches drawing classes to architecture students. He is the President of Cambridge Towel; a premiere design and colour home furnishing company operating in Canada and across the world. Now a resident of Cambridge, Ontario, Hugh owns Landreth Art Consulting as well as the Thompson Centre for Art and Design, which he operates along with Deirdre and Jason Thompson.

Thompson travels constantly seeking out the hidden corners, making the effort to look over the next hill, and waiting, always waiting, for the right light! 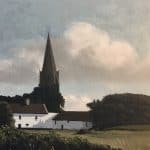