As a deviation from his usual style, which spotlights the people and landscapes that surround him in his native West Kerry Coast, O’Neill chose to focus for his first French exhibition on those Irish artists who spent time in Paris, such as Joyce and Beckett, and for whom the city was a major source of inspiration.

The exhibition was opened by the director of the Irish Cultural Centre in Paris, Sheila Pratschke, a major supporter of art from the Kingdom, and was attended by a French and Irish crowd of over 100 guests

Says gallery owner Susan Callery, who also founded The Greenlane Gallery in Dingle, “The response to his work was overwhelming, and bodes very well for the future promotion of Irish Art in Paris”.

Liam O’Neill will open a separate collection of new works at the Greenlane Gallery, Dingle on Saturday 8th March 2008.

Click here to view our online works by Liam O’Neill 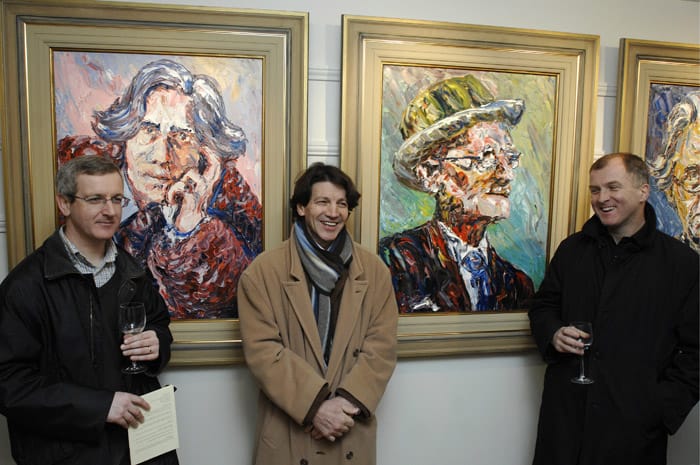 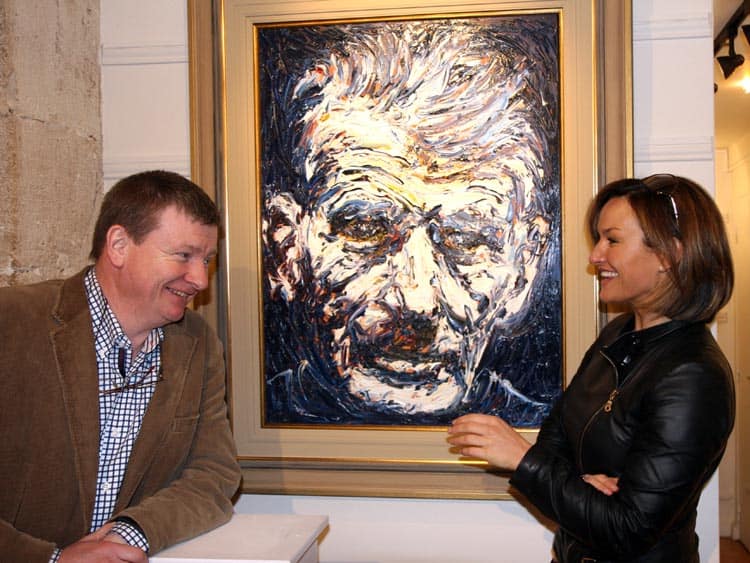