These are a couple of pics from the weekend’s opening of the Pauline Bewick and daughter Holly Melia’s exhibition at the Greenlane Gallery, Dingle, which was a typically exuberant affair with Pauline in full flight as she showed her irreverant new works based on the famous Merriman poem, The Midnight Court.

The gallery hosted over 200 guests – many of whom had also attended the Paris opening of their The Greenlane Gallery on lle St Louis only a couple of weeks ago. Liz O’Donnel had taken time out of her schedule to do the opening honours and chatted happily with other local artists Liam O’Neill and Tomás Ó’Cíobháin.

The opening of mother and daughter,  Pauline Bewick and Holly Melia was a typically family affair, with Holly’s sister and fellow artist Poppy also lending her support. Pauline’s new work is the visual translation of the famous Merriman poem, The Midnight Court while Holly’s work focused on the flora and fauna that surrounds her homes in Tuscany and Kerry.  UCC historian Liam P O’Morchu told the background to The Midnight Court to a spellbound audience including Liz O’Donnel who did the opening honours. 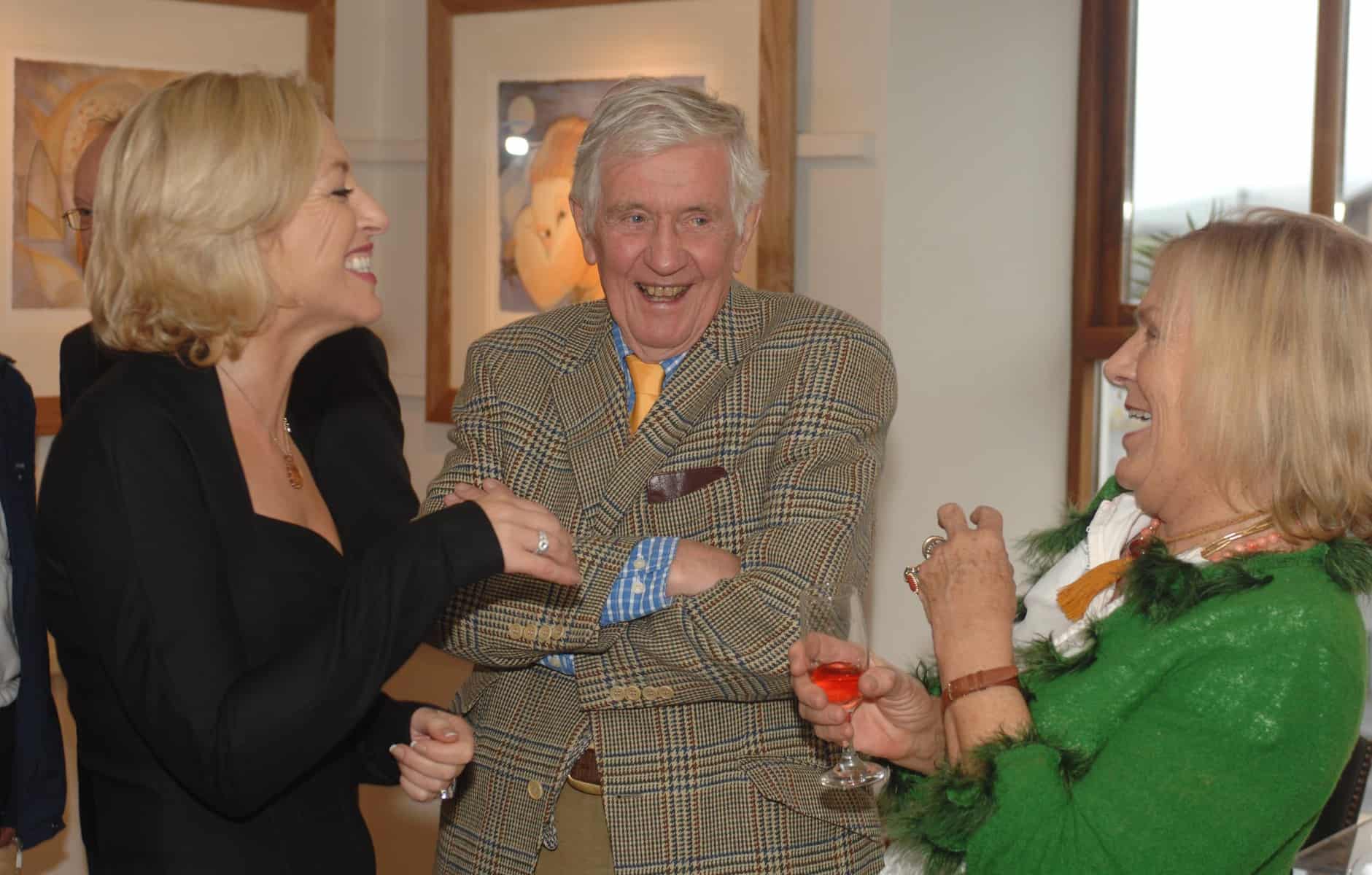 An exciting new exhibition featuring mother and daughter Pauline Bewick and Holly Melia opened at The Greenlane Gallery, Dingle over the weekend. Holly’s subject matter is dominated by the flora and fauna that surround her in her homes in Tuscany and Kerry. Pauline’s work shows her stunning, visual translation of the famous poem ‘The Midnight Court’ for the first time, along with other of her new artworks. The exhibition was officially opened by Liz O’Donnell while Liam P O’Murchu, Department of Modern Irish in UCC, presented an introduction to ‘The Midnight Court’ .
Picture: Eamonn Keogh (MacMonagle, Killarney)