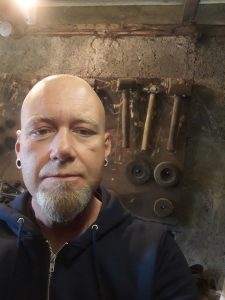 Kevin John was born in Cardiff, Cymru (Wales) in 1967 and grew up in rural South Wales. From a very young age Kevin developed a strong love of Mother Nature and her natural forms. In his early years he would capture her images using paint and charcoal as his preferred choice of art medium and later in three-dimensional steel.

Travelling around Europe in his twenties, Kevin relied solo on his wits to survive. He lived on earnings from fruit picking and making and selling jewellery. Later, in 1995, Kevin visited Dingle in the West of Ireland, and with his wife, Rachel, decided to settle in West Kerry in 1997. He worked as a welder and welding trainer for a number of years in Killarney, proving himself to be a highly skilled and experienced. In his spare time Kevin could be found in his ‘man-cave’ creating his art-forms or working on his other passion, vintage motorcycles.

It is Kevin’s love of natures forms that inspired him to become a self-taught sculptor. His many years of experience working with all types of steel helped him discover how to manipulate the raw material, forming unique sculptures; each of which are individual and no two the same. Kevin uses recycled metal often, and with a combination of hot and cold processes he creates his distinctive art-work. Kevin likes to incorporate real-life with natural form but that is infused with his own touch of quirkiness. 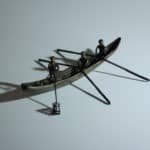 Shooting pots in the Blasket sound 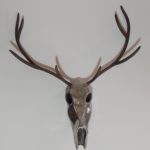 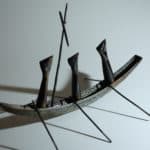