an exhibition of painting & sculpture 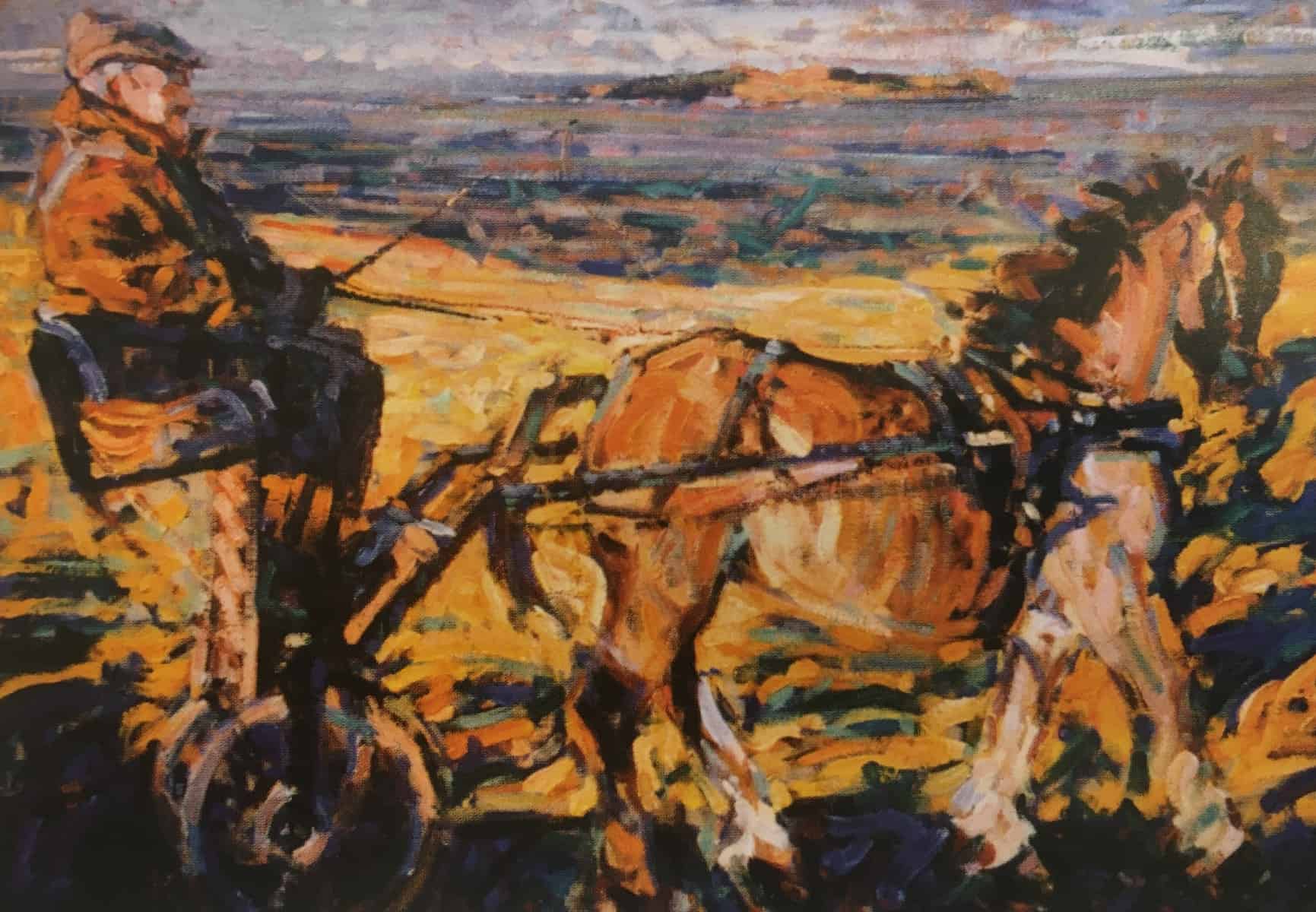 “The Blasket landscape has had a tremendous effect on the artist involved and inspired them to create exceptionally strong images. The Island has this ineffable light, which is powerful and special,” she says.

Long renowned as the home of celebrated writers such as Peig Sayers, Tomas O Criomthain and Muiris Ó’ Suilleabhain, Susan believes the island has the potential to inspire an equally rich tradition of Contemporary Art. Almost 100 years after John Millington Synge (Irish playwright, poet, writer) first went there, a new generation of visitors have been drawing inspiration from the history, heritage and landscape of the Blasket Islands. 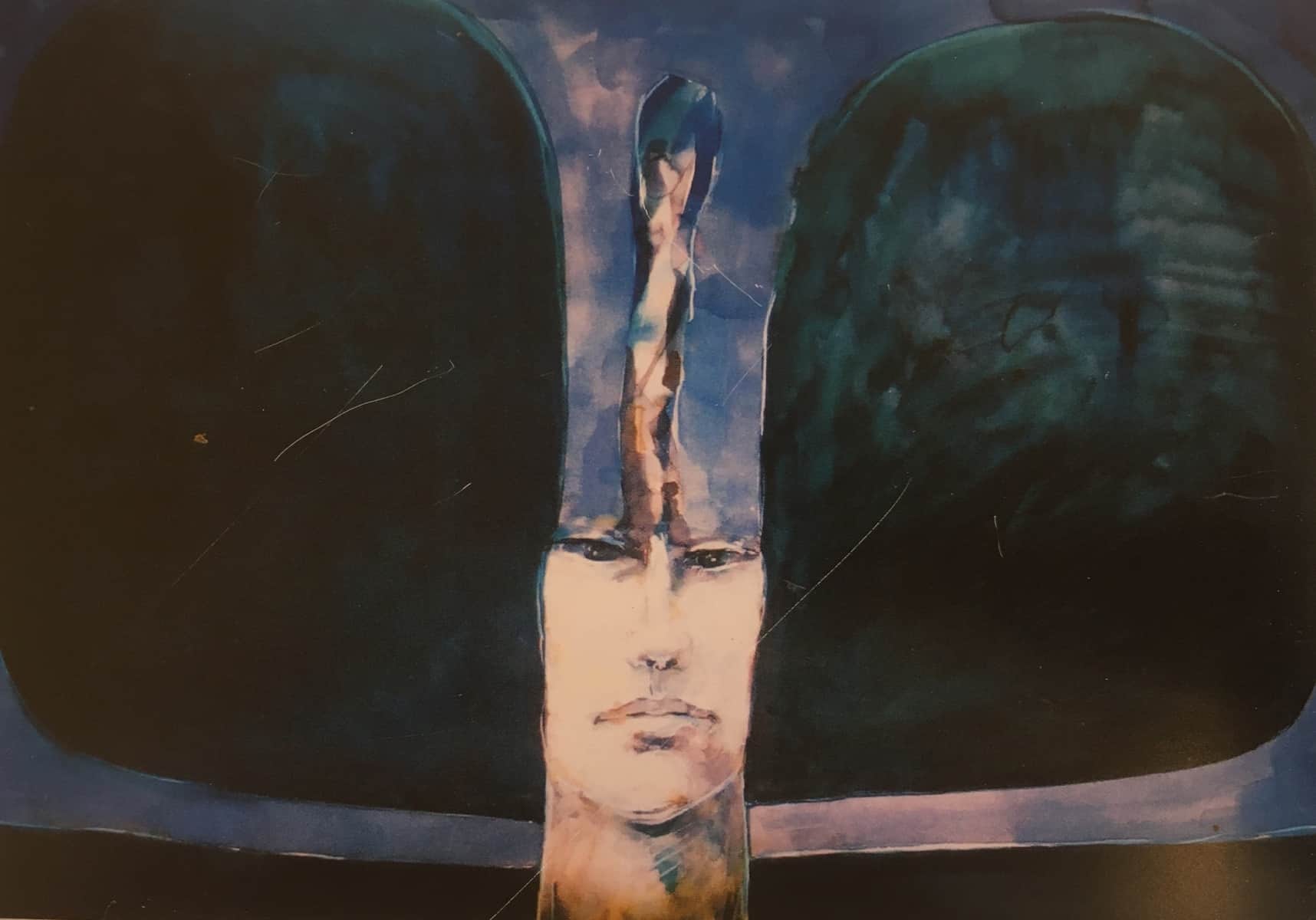 Author of The Blaskets, People and  Literature.

She is rugged but a good nurse of youths …

In December 1944, somehow Patrick Kavanagh (famous Irish poet and novelist) in his pursuit of the young medical student Hilda Moriarty (see poem ‘On Raglan Road’) followed her to her home town of Dingle in west Kerry. Kavanagh lodged with Kruger Kavanagh (no relation) at his guesthouse in Dún Chaoin overlooking the Blasket Islands. Financing his visit to sustain his odyssey Kavanagh wrote an article from Dun Chaoin for the Irish Press titled ‘Christmas in Kerry’, published on December 23rd, 1944. Kavanagh had seen five or six naomhóga making their way out of the island for Mass on the mainland. He met the islanders at the slip at Dún Chaoin, all men and boys “but there were no women or young girls.” After he wrote “The Blasket is doomed. No woman will marry on to the island. The result is, of course, that there are no young people or children on it, and the present generation will be the last.”

Kavanagh noted the words of a ginger haired youth who told him “you should get the government to send us down a few women.” Well of course the government did nothing. Well not quite – the island’s school with four children was closed at Christmas 1941, then the post office, then there was a committee of inquiry to tell the government what they already knew from Patrick Kavanagh, and then there was the evacuation. The weather was so bad on 17th November, 1953 as Walter McGrath reported in the Cork Examiner – “Yesterday was the day fixed for the final exodus, but the weather decreed otherwise, and only six out of the twenty-one were able to leave the island owing to the huge swell in the rolling seas.” .. I have often wondered whether the sea conspired on that day of exodus to impede the disaster for the disaster it was for Gaelic speaking Ireland and the Irish language.

I gulped when I first saw the island at the age of twelve. Here was Stephenson’s Treasure Island rising straight up out of the sea, and treasure it surely was but not quite in the way it first seemed to me then. Since my first sighting of it I cannot quite escape from the image of the island made by Seán Ó’ Faoláin (Irish writer) – where sitting there “wallowing like a whale in the darkening sea surrounded by its 12 young.” To the west of the mother whale (The Great Blasket) is Tiaracht with its lamp. To the north-west is Inis Tuaisceart, the father whale sleeping. Then below me is Beiginis, the baby whale. To the south and south-west are Inis na Bró (hidden by her mother: she is teething) and Inis Mhic Aoibhleán, the musician of the family who has learnt the music of the fairies.

What happened to the Blaskets, I sometimes think, is like the beaching of a great whale abandoned on stony beach with its young who follow her in and then the entrails, guts and stench which follow.

The ‘treasure’ to which I referred to lies at the heart of our story the Blaskets. The islanders were a hardy race of fishermen and subsistence farmers, every field and all the surrounding waters known to them by name and detail. The very recital of the island place names and lore makes a heroic poem in itself. While working with Muiris Ó’ Suilleabháin (author of Fiche blain ag Fas – Twenty Years A-Growing) George Thomson (great editor of Aeschylus in his after Blasket period) persuaded Muiris to allow him to run a line from Homers Odyssey. The line is about Ithaca, the birthplace of Odysseus where Odysseus had ruled before his departure to Troy and indeed on his return after the long voyage around half the Hellenic sphere.

The line from Homers Odyssey (at Book 1X, line 27) at the front of Muiris Ó’ Súilleabháin’s autobiography Fiche Bliain (1st edition, 1933, only for the line has been mysteriously removed since):  trhχe î  aall   alaqh  konrotrojoV  – ‘She is rugged but a good nurse of youths.’ The konrotrojoV (kourotróphos), ‘nursing mother’ and its use by Thomson certainly underlines his view of the heroic nature of the Island community and of the moutain island from which it sprang. That community gave birth to an extraordinary crop of writers sustained by an unusual culture marked by a framing of language diction which at its highest was the stuff of poetry. Thomson himself noted that its literary output formed a small but significant ‘library’.

It was this metamorphosis from an oral culture to a written one that is the treasure of The Blasket Island. On its dispersal I wonder if the death of the community was not the Wounded Knee episode for the Irish Language. 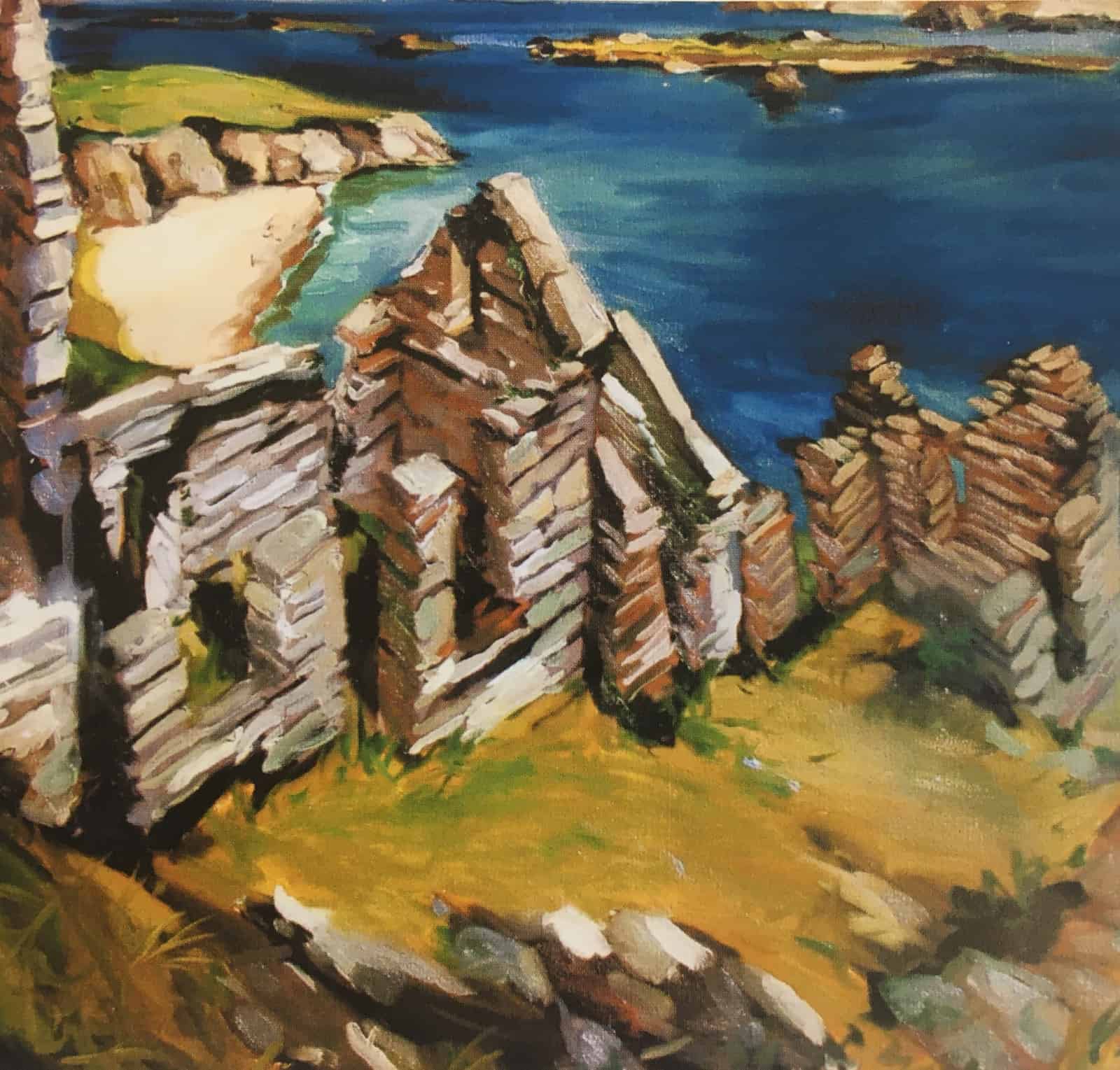