an exhibition of new paintings by

The Pauline Bewick exhibtion was a great success. Photographs of the opening night are shown below.

In 1989 Pauline Bewick embarked on her first journey to the South Pacific, a journey which became evolutionary to her as a person, an artist, a mother and as a woman. It has punctuated her painting with exuberance, sensuousness, and insight into a myriad of cultures and societies. Throughout the years Bewick has become a speculator and adventurer for us all and in modern times a prophet of art. In a period where contemporary art becomes increasingly more abstract, her quest for a lucid form of painting through different media is admirable, producing stunning results.

Originally brought up on a small farm in Co. Kerry, she then has a somewhat peripatetic childhood, living on a houseboat, in a caravan, a railway carriage, a workman’s hut, a gate lodge and later a city house in Dublin.Encouraged by her mother to express herself through paint, her lack of a formal education has only increased her self expression. This also enhanced her experimentation through a variety of media, such as painting, sculpture, ceramics, and tapestries.

Her South Sea works evince an astonishingly high degree of sophistication, and a fine sense of the decorative. Formally speaking Pauline Bewick is a clandestine classist, albeit without the perfectionist, rigid,, smoothies associated with this term. Her compositions have a strictly balanced framework of horizontals and verticals to which the harmonious groups of figures remain subject. The sensuousness curves of the many bronze skinned peoples are stylised into flat yet unusually modelled forms which reflect ‘Cloisonnism’, a style based on the leaded contouring between the panes of stain glass windows. This lends to the figures their solidity of outline and intriguing sinuousness.

Superficial comparisons have been drawn with Gaugin, and during her sojourn she decided not to visit the museum which houses his works. Though there are references throughout her book ‘The South Seas and a Box of Paints’, describing women of ‘Gaugin correctness’, Bewick differs in that she combines the innocent sensuality of these colourful cultures with a profound sense of spiritualism. These are not portrayed as a heathen world with the aesthetic humility of primitive cultures as Gaugin portrayed them. She transforms their stories as she did in her depiction of the Irish landscape, with a praise observation of the flora and fauna, capturing the mythical magic of their lives through a concentration of colour, mood and contour. As she states, “There is so much to paint on this Pacific trip. My mind is crowded with exciting images. Too greedy to get it down on paper”. Her insight is so profound that at times she even believes that she must have been a Tahitian in a previous life. The viewer becomes engrossed in the sights, sounds, and smells of the islands which penetrate to the core of the painting. It is a universal realm to which we all can aspire, enviable in that in its liberalism, it is free from the constraints of our modern life. 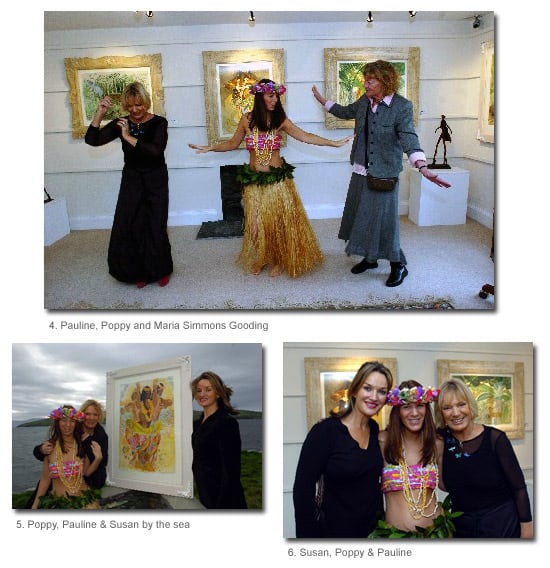 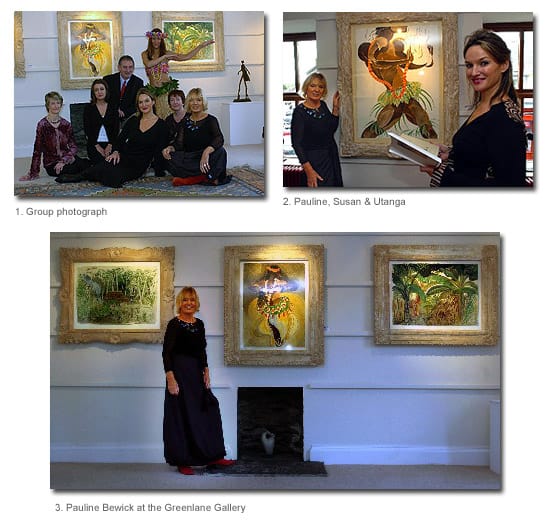