a solo exhibition of new paintings by 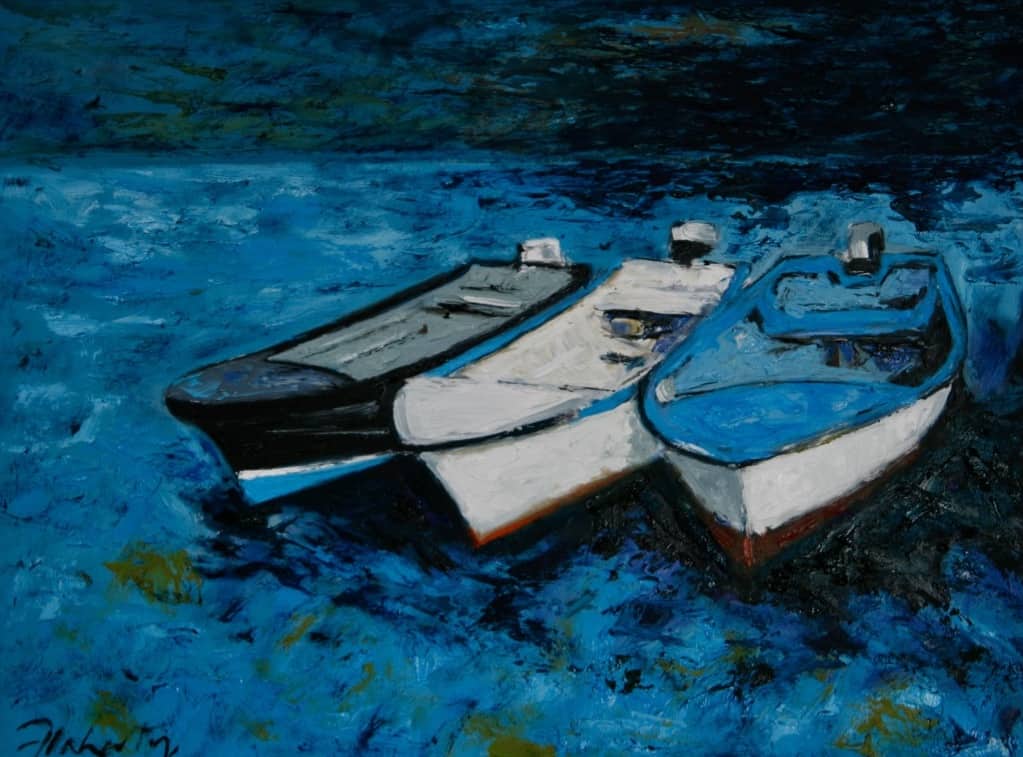 Moving Dust Through Water is an exhibition of paintings that sees Michael Flaherty capture and mythologise the West Kerry terrain triumphantly. Born in Cloghane, Co. Kerry, Flaherty paints the untamed Wild Atlantic landscape with vivacity and dramatically charged energy. He offers us scenes which are familiar to him but that have been filtered through his imagination. They are his response to and his depiction of place and subject.

Michael’s desire to interpret his homeland and to translate his deep memory of place, and its sensations, preoccupy him. In this new series of paintings he effectively conveys place and subject with a genuine sensitivity for the Brandon area. He instils it with an emotional intensity that comes from honesty and a deep connection for his environment. He is attentive to the seasons, the weather, and the feelings and energy of the place. Through his direct contact and knowledge of the area he empathises with a certain aspect of a scene, or a subject, and aspires to bring it forth through various elements in a painting. ‘Flaherty clearly doesn’t set out merely to record a scene in terms of its appearance, it enacts the excitement of the experience of an environment and, equally, excitement of painting .. His appreciation of this terrain has deepened his sense of engagement’.i  What is special about Flaherty’s work is that his paintings maintain the bond with the land or subject that allows the viewer to reach beyond what is pictorial and literal.

Michael’s style is highly personalised and his technique is ‘remarkably assured, incredibly fresh, incredibly instant’. ii His scenes of Dingle and the peninsula are built up through a myriad of paint and colour. His vibrant palette is daring and unconventional; his compositions spontaneous and lyrical; his dynamic use of paint intrepid and unconstrained working rich impasto layers to the third dimensional. It is Michael’s immediate emotional and spiritual response to his surroundings that connects the viewer with the paintings raw urgency and honesty.

Michael says his true vocation to painting came out of curiosity. A graduate of UCC and Maynooth, Michael took a year out from teaching and went to live in Inniscarra where he came to drawing almost out of boredom. He states that he basically found a pencil, and ‘thought this was it – it was like discovering language!’. iii For Michael painting is a quiet preoccupation. ‘I could express things through drawing and colour that were not dependant on verbal language. Since then I think of painting as silent – it is a different thing from speech or writing’. iv He concluded by affirming ‘art links everything through silence’. v

Immersing himself in his newfound language Michael enrolled in night classes at the Crawford College of Art & Design and later applied to Sligo School of Art where he was accepted on enthusiasm alone. While influenced by the expressionists, Michael says he doesn’t subscribe to their movement but empathises with their style. Indeed his work has been enthused to the likeness of Jack B. Yeats, Vincent Van Gogh, Paul Henry and Seán Mc Sweeney. After completing his training Michael spent some time in Edinburgh where he held his first solo show in 1982. He returned to Kerry after the death of a relative in 1988. A farmer’s son, his home and studio are on the same land today that he left as a child. It is here that Michael’s style evolved fully until it was very personal and true to him.

iv In an interview with the Author, March 2003. 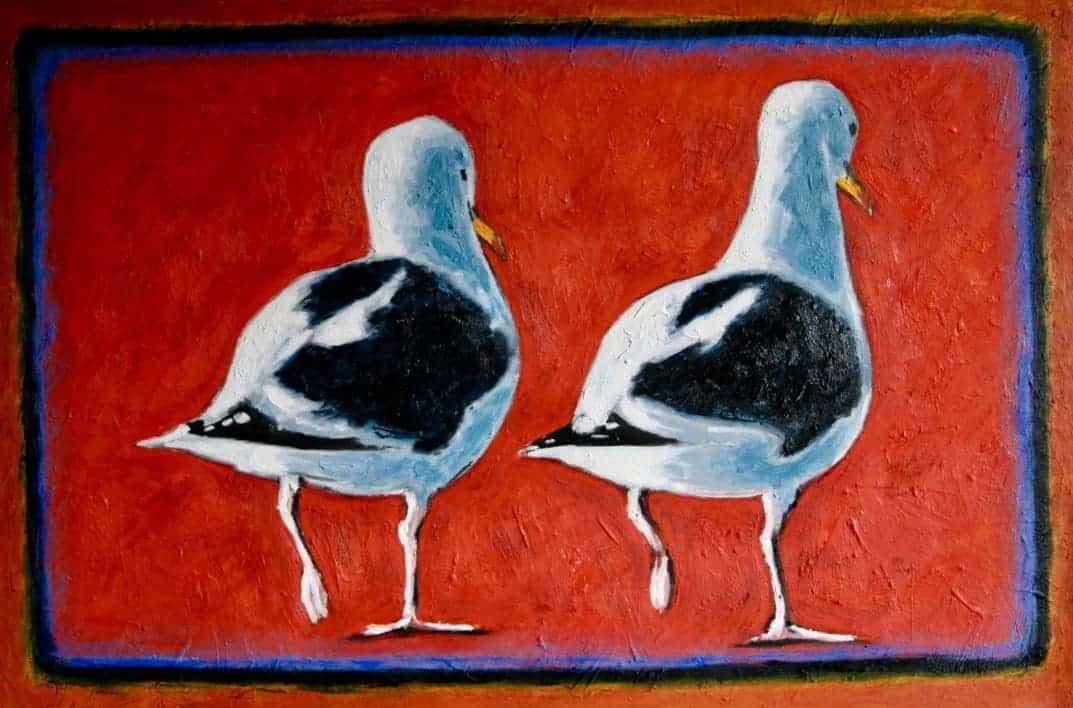